Governors-General and Presidents of the Caribbean Region visit Nevis 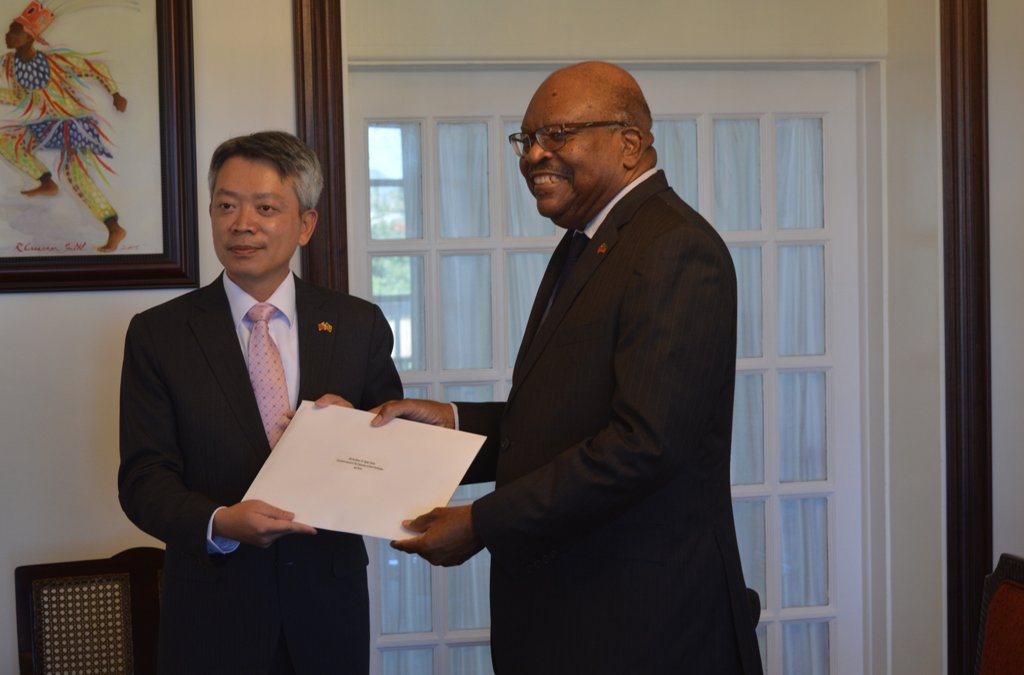 The duo used the occasion to discuss a number of matters relevant to both countries, including the developments in Information and Communication Technology (ICT).

“We knew that you have been blazing through… in terms of technology and we welcome that and you have been able to help here in terms of expansion with our ICT centre. That has made quite a difference in terms of our own people because it has provided them with the opportunity to be exposed to high level technology,” said Sir Tapley.

Ambassador Lee stated that Taiwan has great expertise in the technology field.

“Taiwan, I think we are basically very good at ICT so in Taiwan you can see everybody using smart phones,” said H.E. Lee, adding that they can use the technology to stay up-to-date with bus and train schedules.

Both parties spoke about the assistance given to St. Kitts and Nevis by Taiwan in relation to a dedicated Land Administration Information System (LAIS). The governor general echoed his delight with the assistance given and noted that as a lawyer he welcomes the initiative, as establishing a dedicated land registry is essential to the ease of doing business.

Phase I of the closed-circuit television (CCTV) project was successfully completed and was also a discussion point between Ambassador Lee and Sir Tapley.

“That’s very important because just like anywhere else we have issues of crime and so this is an important element and apparently there was a statement from the Ministry of National Security just a few days ago stating the positive impact that the CCTV has had, so already we are reaping dividends,” said the governor general.

The newly appointed ambassador has echoed his country’s commitment to further enhance relations between Basseterre and Taipei.  Since arriving on island, Ambassador Lee met with several Government Officials including: Prime Minister, Dr. the Honourable Timothy Harris; the Honourable Mark Brantley, Minister of Foreign Affairs and Aviation; and the Honourable Shawn Richards, Minister of Education.